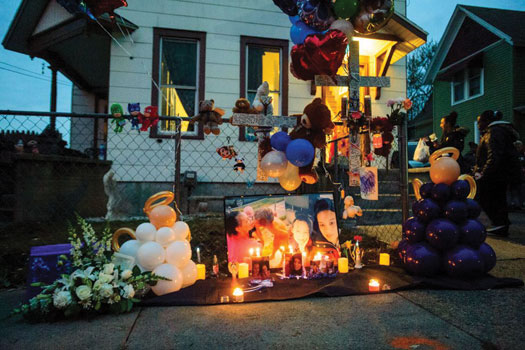 Julina Gibson’s ex-boyfriend shot her and their son in the front yard of her home before turning the gun on himself. Theresa Lockhart’s husband killed her in a fit of drunken rage and buried her body, denying it for months before dying by suicide and confessing to police in a note. Kelly Stanfill’s husband shot her in a field and left her body to be found by police months later. Erica Bell’s ex-boyfriend, George Mack, showed up with a gun while her brother and her mother’s boyfriend were changing the locks at her house. Mack opened fire, fatally striking Edward Bell as he pushed his sister out of the way. 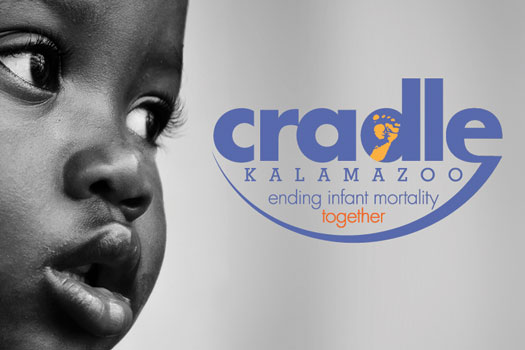 Statewide, three times as many black Michigan babies die in their first year of life as white Michigan babies, a ratio that has sadly risen in recent years. But the numbers are even more alarming in many of Michigan’s urban centers. The disparity extends to mothers as well. In Michigan, nearly three times more African-American women die during pregnancy and childbirth than white women. YWCA Kalamazoo leads one of the many Michigan initiatives aiming to reduce infant mortality: Cradle Kalamazoo, formerly the Kalamazoo Infant Mortality Community Action Initiative. 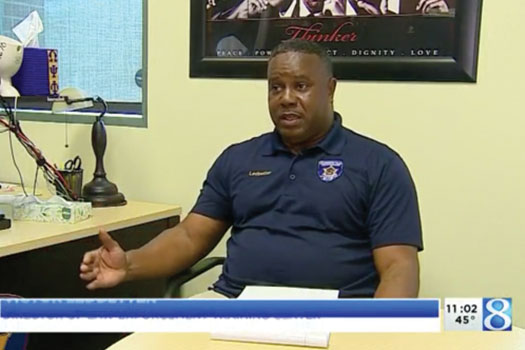 The police academy at Kalamazoo Valley Community College launched a new diversity training this year that's believed to be the first of its kind in the state. "Law enforcement has a serious divide with communities of color," said Victor Ledbetter, the director of the law enforcement training center at KVCC. Ledbetter, a retired KDPS captain, launched the one-day training event in February, which was designed by his wife Stacey Randolph, also a former KDPS captain. "There's a thin line between ignorance and racism," Ledbetter said. "A lot of cadets come from sterile backgrounds, so even though they may have gone to school with... one person of color, they've never had a relationship with them." 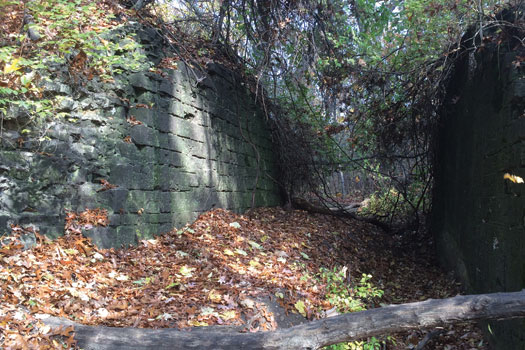 Where the Kal is this? It might be demolished soon.

KNM’s Facebook page features photographs of Kalamazoo and asks readers to tell us what they depict and where they were taken. As the likely demolition of historic local buildings is in the news lately, we thought we’d ask “Where the Kal is this?” about another structure facing destruction. 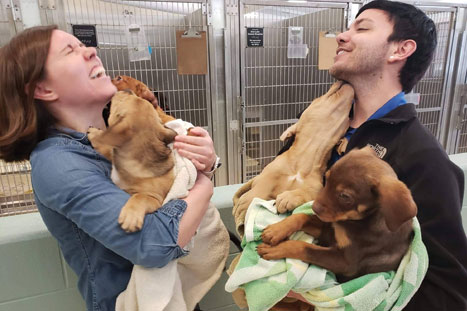 WOOD alerted us to a call from the SPCA of Southwest Michigan for donations that will enable them to play soothing music for shelter cats and dogs. The SPCA writes that, "We are seeking old technology for new enrichment options for our dogs and cats while they are here at our shelter. Some of the items we are in need of are CD players, classical music CDs, speakers, MP3 players, and Boomboxes, etc. We know that most of you have these items laying around collecting dust. Please donate them so they can be put to use to help our animal population be less stressed and more relaxed." 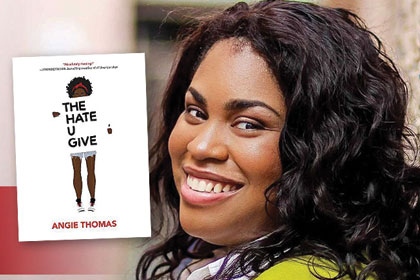 At long last, this Spring's community Reading Together event with Angie Thomas is upon us. Interest has been so strong that the event was recently shifted to Miller Auditorium. Thomas' novel, "The Hate U Give," was a New York Times #1 Best Seller, has won numerous awards, and is becoming a major motion picture. The novel's 16-year-old protagonist is caught between her poor neighborhood and her fancy suburban prep school, and the police killing of her unarmed best friend shifts the novel into high gear - and sets up very important community conversations. 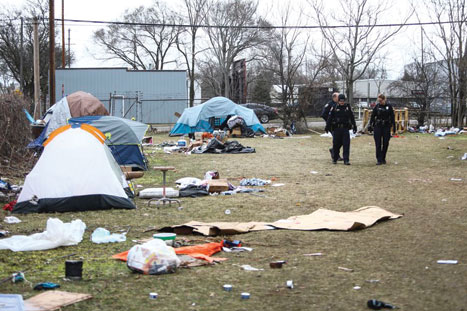 The homeless encampment and a mound of trash was cleared out beginning about 8 a.m. Friday, April 5, from property at the corner of Pitcher and Ransom streets. Kalamazoo Department of Public Safety officers and crews from the city of Kalamazoo worked throughout the morning to haul away the trash and evict those who have been living there. Assistant Chief Vernon Coakley said homeless people began gathering on the corner in January. The camp grew after warming centers, which opened during extreme cold in January, closed and temperatures began warming, he said.

The Michigan State Police Office of School Safety announced this week the local district was among the recipients of its 2019 Competitive School Safety Grant Program. The school was awarded $442,773 for improvements in safety and security. The funds will provide new tools for campus-wide communication and radios that allow the district to speak directly with law enforcement and emergency personnel. The district will be adding exterior speakers at entrances, playgrounds and bus areas at its middle and elementary schools and installing a new public address system inside and campus-wide exterior paging systems at the two public high schools. 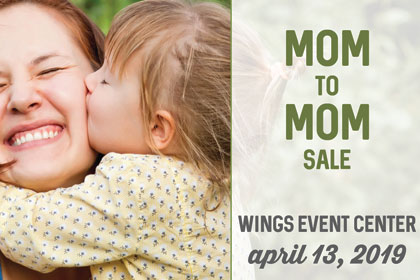 Kids grow fast, and new children's clothes and baby items cost a fortune. The recurring Mom to Mom Sale at the Expo Center enables parents to save money by buying new and gently used items from other parents. (Sellers must sign up for a both.) Find the info for the Saturday, April 18 Kalamazoo sale and general information about Mom to Mom at the links, below. 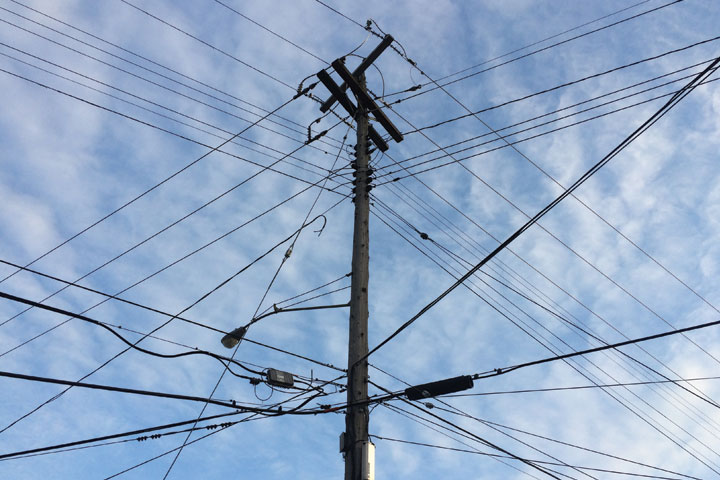 In this week’s edition of KNM, you’ll see our ongoing exploration of how best to serve the community on a weekly basis, rather than with daily updates. Multiple feedback loops have told us that KNM’s thoughtful curation of news and information is more meaningful than the speed at which we post new items. So, we are working to craft an approach to KNM’s front page that will serve as a week-in-review, combined with a look ahead to community and governmental events.

Consider this: First Day Shoe Fund provides new athletic shoes to school-age children in Kalamazoo County who qualify for free or reduced-price lunch. That includes 70% of the students attending Kalamazoo Public Schools. FDSF is a local, grassroots initiative whose mission is to provide a unique service to children in the Kalamazoo area by distributing new shoes throughout the school year. Public Media Network profiled the organization and its new Executive Director, Andrea Macklin.

Where should the city plant a tree?

Where does Kalamazoo need a tree planted? The City has created a map on which you can drop a pin to suggest a location for a new tree. It could be in front of your house, in your neighborhood, or in a commercial area that could use some shade. Pin your suggestions to the City's map by April 19, and the City will begin planting trees in suitable locations. Trees can be planted in the City's right of way, which includes curb lawns (the space between the sidewalk and street), and each suggested location will be evaluated for suitability, based on multiple factors - utilities, amount of space, etc. 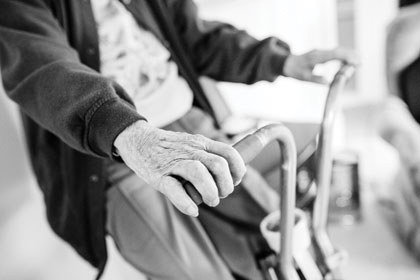 For 101-year-old Gwen Tulk, the Eastside served as a gateway to the world

Residing on Kalamazoo’s Eastside for the past 70 years, 50 of those in her current home, Gwen Tulk has found freedom in modest living. “If you find a place that you’re comfortable in and it’s not exorbitant, buy it, and have it paid for,” says Tulk, who will be celebrating her 102nd birthday in April. “That’s what my husband and I did and we traveled all over.” A former librarian at Northeastern Junior High (now Northeastern Elementary School), Tulk not only traveled to every continent except Australia, she also opened her Eastside home to foreign exchange students at a time when it was far less common, introducing them to the Eastside. Her first exchange student, an African American girl named Kitty, was actually from the South where schools were still segregated at the time. 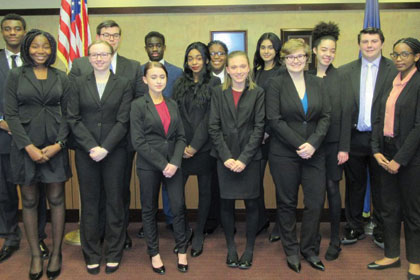 The Kalamazoo Central High School mock trial team is once again state champions, retaining its record for the most times any school has advanced to the national competition. The mock trial team brought home its 21st state championship after the competition Saturday, March 23. At 21 trips to the national championships, Kalamazoo Central’s team has qualified for nationals more than any other school in the country. As state champions, the team will represent the state of Michigan at the National Championship in Athens, Georgia, in May. 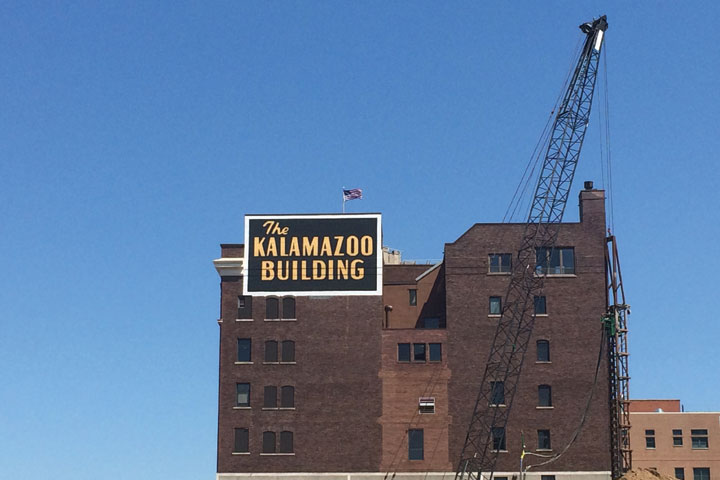 Regular readers have inquired about KNM's slowdown in posts in recent days. Don't worry, we're not going away. When we launched two months ago, we planned to pause and analyze our initial approach to KNM in mid-March. We've studied two months of comments, site analytics, etc., and we've decided that an emphasis on a thorough weekly roundup makes more sense to our readers than six or eight daily articles. Look out for an announcement in the coming weeks of a weekly e-newsletter that you can subscribe to, and please be patient as we continue to explore the best way to optimize all the things about KNM that you have told us you like. We invite comments at This email address is being protected from spambots. You need JavaScript enabled to view it..