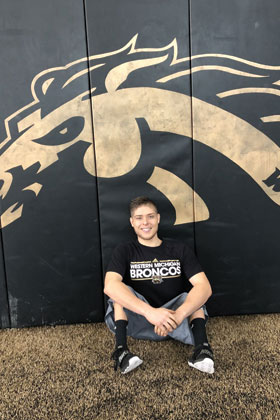 First paraplegic hand-cyclist from Kzoo to qualify for Boston Marathon

Nick Nieboer, a Kalamazoo resident and competitive hand-cyclist, has recently qualified for the Boston Marathon after a record-breaking performance in Grand Rapids. Nieboer is the only hand-cyclist from Kalamazoo to ever qualify for the Boston Marathon and is only one of sixty hand-cyclists from all across the United States that have been invited to the race. Nieboer has spina bifida, which is a birth defect that is the result of the spine and the spinal cord not forming properly. He is paralyzed from the waist down and spends most of his time in a wheelchair. “I count my condition as a blessing,” he said. “Every struggle has made me stronger… if I hadn’t gone through all of this I wouldn’t be the person I am today.” 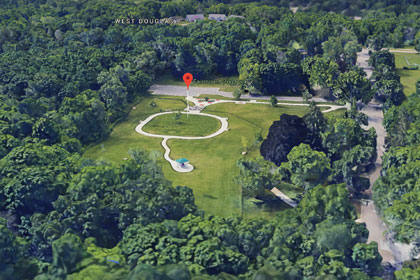 Fairmont Dog Park will be less restrictive this year

Kalamazoo’s Fairmont Dog Park has been more like an exclusive club after the City Parks Department required applications, membership fees and even a key card to gain access. It may have seemed like a good idea at the time but all the restrictions have been lifted and from now on anyone and their dog will be able to use the park on North Prairie Street. It’s open from 8am to sunset. They still want only licensed dogs that are up to date on their vaccinations for obvious reasons. The park has a number of amenities for dogs, including two off-leash areas, one for big dogs and another for smaller dogs. 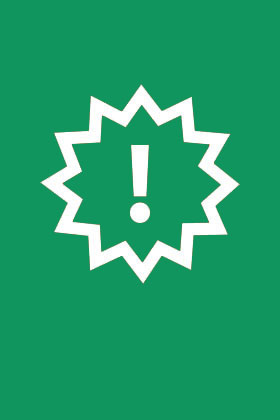 City of Kalamazoo Day of Amnesty - May 17

The City of Kalamazoo, KDPS, 8th District Court, County Office of the Prosecuting Attorney, County Sheriff’s Department, Friend of the Court, Michigan Works and First Congregation Church will host the 2nd Annual Amnesty Day at the 8th District Court. Citizens of the metro area of Kalamazoo will have the opportunity to address outstanding low-level nonviolent misdemeanor warrants and charges with the goal of preventing incarceration. Once participants have addressed their pending warrants and/or charges, they will be directed to Bronson Park where social service agencies and other organizations will be available to assist in addressing some of the participants’ quality of life issues. Michigan Works has volunteered to organize various employers looking to interview interested participants for potential employment opportunities. 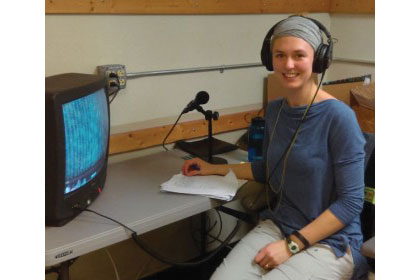 Imagine going to a theater performance and not being able to see why people are laughing or gasping during the show. With the help of a Western Michigan University graduate student, a new program at the Kalamazoo Civic Theatre aims to fill in those gaps in experience for people who are visually impaired. Abby Tongue, who is pursuing a dual master's degree in WMU's renowned Department of Blindness and Low Vision Studies, will perform live audio description for two upcoming performances. Tongue studies both teaching children with visual impairments and orientation and mobility for children. 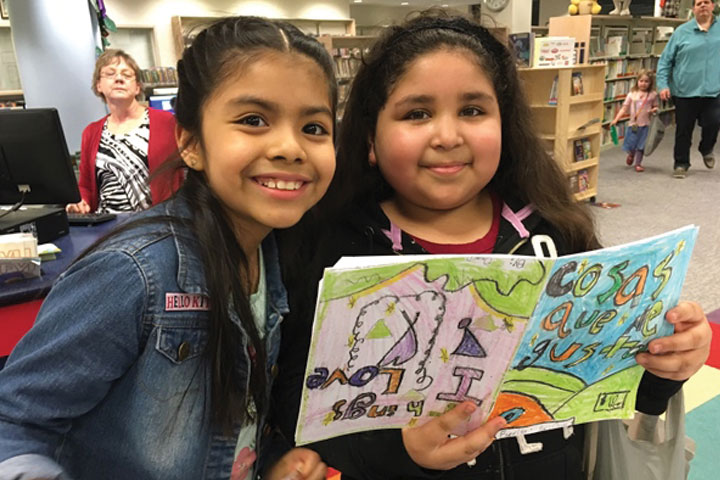 Every Elementary and Middle School in KPS has a unique plan for fun on 2019's Literacy Night, and each of them is described at the link below. Elementary School night is Wednesday March 6, and Middle School night is Thursday March 7. All programs begin between 5 and 6 pm. What better reason to go to school with your kids than to celebrate the power and thrills of reading, writing, and imagination? 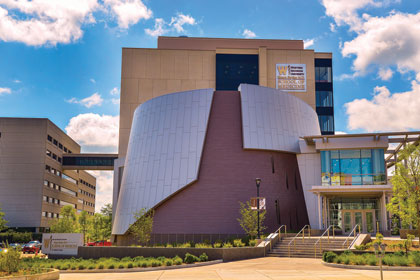 Dr. Cheryl Dickson says income and environment influence health outcomes more than the care people receive from a physician. The Associate Dean of Health Equity and Community Affairs at the Western Michigan University Homer Stryker M.D. School of Medicine will discuss health equity at the YMCA of Greater Kalamazoo’s Community Breakfast on Thursday, March 7th at the Radisson in downtown Kalamazoo. For instance, the longstanding racial difference in infant mortality in Kalamazoo County is persistent across income levels. Dickson says wealthier women of color are more likely to lose their baby within the first year of life than lower income white women. “So we also have to talk about racism and racism also as one of those things that is a barrier or change the way that health outcomes are.”

The Kalamazoo Promise unveiled a new look with its new logo and tagline “Your Path, Your Promise.” The re-brand paves the way for future changes in the organization and the students it benefits, Promise leaders said. “The new logo tells a story and we want people to see the Kalamazoo Promise is intended for every student to follow their path to a wonderful and prosperous future,” said Von Washington, Jr., Executive Director of Community Relations for the Kalamazoo Promise. The Promise recognized college is not for everyone, Washington said. The re-brand aimed to show people the Promise looks to help every student follow their own journey to a better tomorrow, whether that means a bachelor’s, a two-year college, vocational school, or something else. 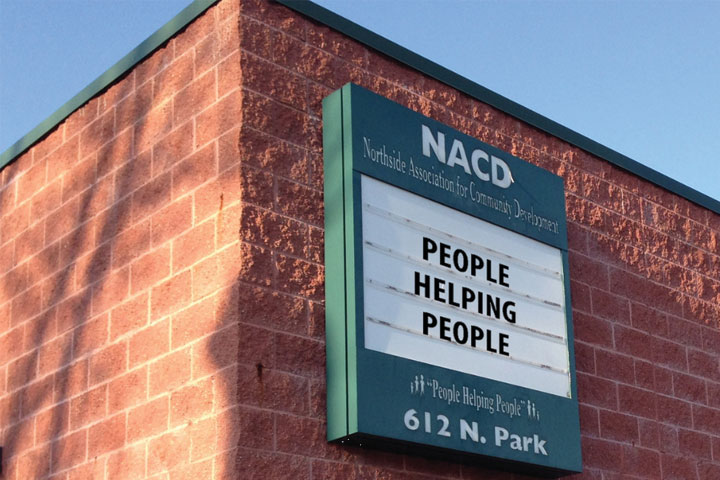 A $350,000 grant from Kalamazoo’s city-operated Foundation for Excellence will help an urban neighborhood develop affordable housing. The City Commission approved a grant to the Northside Association for Community Development to purchase seven properties. The NACD is planning mixed-use development, which includes housing units, space for educational training and commercial space for women-and-minority-owned businesses.  NACD Executive Director Mattie Jordan-Woods said the goal is to improve the neighborhood while preventing the cost of living from increasing. A city memo calls it an “anti-gentrification strategy.” Grant funding will come from $925,000 set aside by the Foundation for Excellence for strategic property acquisition. 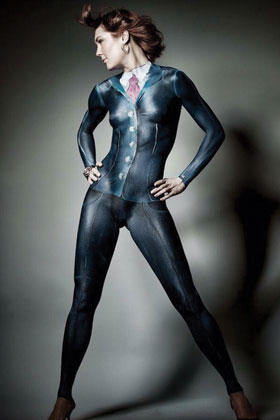 Human Canvas: The story of a Kalamazoo bodypainter

Liz Snyder needed money. A single mother, newly divorced, she cast around for options. She came across body painting at an Art Hop event. "You could do this," a friend nudged. Snyder disagreed. ¨Who am I going to say, ‘Hey, come get naked so I can paint you’ to?¨ But in the end, she decided to give it a shot. There was no formal training; she watched YouTube videos, learning what to buy and how to apply it. Soon afterward, a good friend (and one of only two men she’s body painted) gamely shaved his legs and let her give him the illusion of jeans. 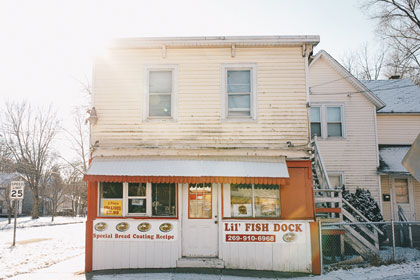 Religion and fish come together in legacy of Lil Fish Dock, an Eastside staple

Hassan Mateen has been cooking and serving fish for most of his adult life. As an African American Muslim, he came to serving fish through his religion, which in the 1970s advocated self-reliance in all matters, including the procurement, preparation, and sale of food. In the mid '70s, the Nation of Islam began a fish produce and restaurant movement that was designed to encourage African American Muslims to start their own businesses, stay in their urban communities, and help feed the impoverished by offering affordable food. “The Nation of Islam was trying to teach us how to eat to live,” says Mateen, who with his wife Laila, live in the house attached to Lil Fish Dock, 1726 E. Main St. and are founding members of the Eastside’s Bilal Mosque, 1715 E. Main St. 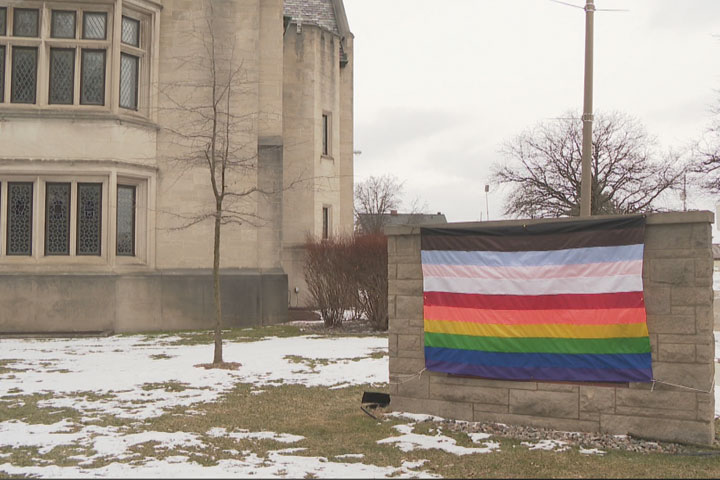 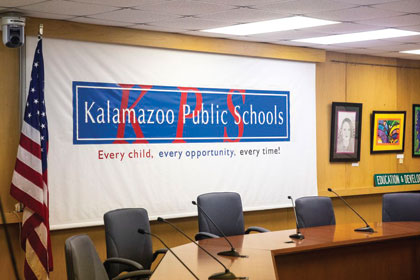 Closed session was a ‘misunderstanding,’ Kalamazoo school board president says

A heated discussion between board members at Kalamazoo Public Schools that ended with an impromptu closed session was a “misunderstanding” of the Open Meetings Act, the board president said. The Board of Education went into a closed session in a nearby conference room without explanation near the end of the regular meeting Thursday, Feb. 28. Jennifer Dukarski, legal counsel with the Michigan Press Association, said in an interview with MLive after the meeting that public boards can’t have “private meetings” without a legal reason to call closed session under the Open Meetings Act. 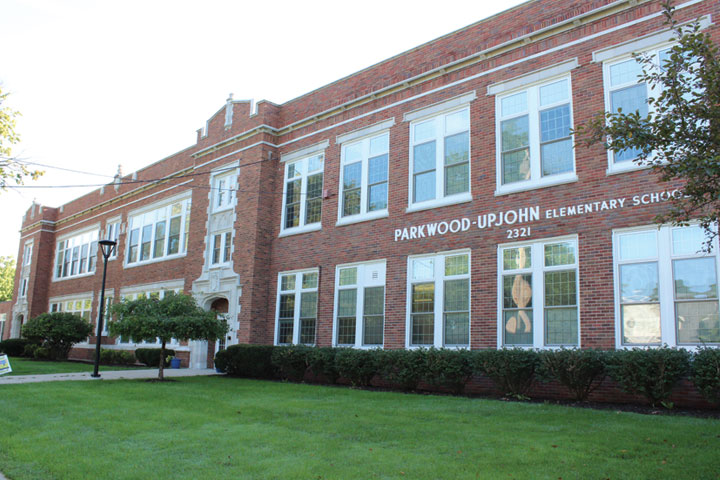 Parents with concerns about Parkwood Upjoh elementary school principal Robin Greymountain came before the Kalamazoo Public Schools Board of Education to air their grievances. Three parents, including the president of the school’s parent-teacher organization, came forward Thursday, Feb. 28, and said the school’s principal, Robin Greymountain, wasn’t a good leader. “We’re losing good families because of the lack of leadership in the school,” said Minchie Brockman, president of the PTO. “The school is in chaos,” she said, adding that Greymountain does not acknowledge the work of parent volunteers or try to get to know students and their parents.

Sex education in school has long been an awkward affair. Boys and girls sit in separate classrooms watching videos about the reproductive system, maybe getting handouts of free deodorant or tampons. Throw in a lesson that abstinence is the safest form of sex, and that’s often the extent of it. But amid a sexual assault crisis that has brought national attention to Michigan, the #MeToo movement and growing efforts toward inclusivity of the LGBTQ community, experts want to see a more comprehensive approach to sex ed that goes beyond “reproductive plumbing” to include gender roles, relationships and equality.