The first half of the program features works that frame the concept of mortality in different ways, including Rautavaara’s Suite de Lorca, Runestad’s Let My Love Be Heard, and movements from Howell’s Requiem. 7:30 pm at the Dalton Center Recital Hall. The second half of the program features Johann Sebastian Bach’s cantata Christ lag in Todesbanden (BWV 4). This chorale cantata is among Bach’s earliest compositions in the genre. 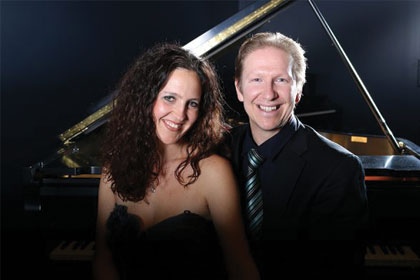 An international piano duo known for playing at major festivals and venues throughout the U.S., will perform at 8 p.m. Friday, Feb. 1, at Dalton Theater in the Light Fine Arts Center. South Africans Pierre and Sophié Westhuizen, acclaimed as the Westhuizen Duo, will perform works from Schubert, Brahms, Debussy, Poulenc and Corigliano. The pianists have settled in the Kalamazoo area, where Pierre has recently been appointed the director of the International Gilmore Keyboard Festival. 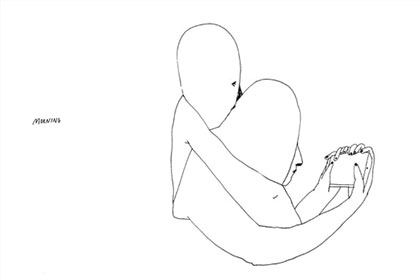 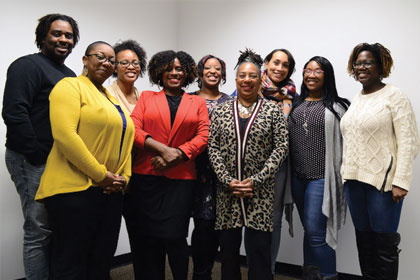 No one else in the theater world of Kalamazoo was doing it, so the women behind the Face Off Theatre Company did it for themselves. In 2015, a group of black women -- directors, playwrights, actors, who came out of the academic world of Western Michigan University's theater department, noted that Kalamazoo's theater scene would sprinkle people of color into productions, and occasionally stage stories based on the black experience, yet they "saw that there was a gap," Face Off co-founder Bianca Washington says. 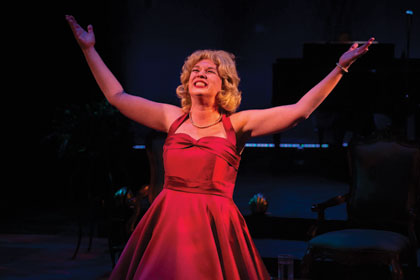 Review: "Tenderly" at the Civic - continues through Jan. 27

The Civic Theatre’s current offering, Tenderly: The Rosemary Clooney Musical, is a different kind of theatrical experience than many of the juke-box musicals in recent years. In Tenderly, the life of the artist is consistently linked to and shares the stage equally with the music that made her famous. As the show opens, we catch Clooney at her lowest moment. She has been institutionalized after an onstage nervous breakdown during a 1968 performance in Reno.

Three performers, one dead playwright, and 37 plays, all in under two hours! An irreverent fast-paced romp through the Bard's plays, this fast-firing comedy parodies all of the Shakespeare plays (plus the sonnets!) with only three performers in two acts. This play is full of energy as the characters run across the stage and keep you guessing how they will pull off the next play. At the Civic Theatre, downtown. 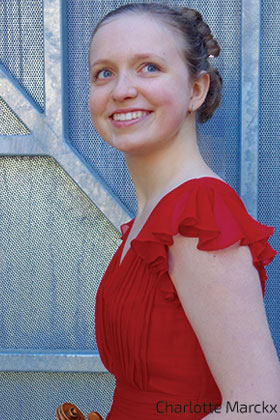 The Stulberg International String Competition and the Kalamazoo Symphony Orchestra welcome 2018 Gold Medalist Charlotte Marckx (violin) back to Kalamazoo for a performance with the KSO under the direction of Maestro Julian Kuerti on Saturday, January 26 at 8 p.m. at Miller Auditorium. The concert will feature her performance of Tchaikovsky’s Violin Concerto, as well as Tchaikovsky’s Symphony No. 5 and Anna Clyne’s “Night Ferry”. 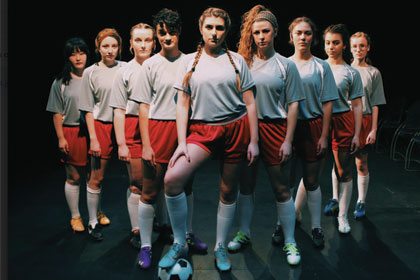 The play features nine characters, all of whom are members of an all-girls indoor soccer team. These young women are faced with many challenges as they discover their own strength, individuality, grief, and sexuality. “I don’t think any of us feel, if we’re honest, very far away from our younger selves,” director Kate Thomsen said. “That age when you start really testing out your own identity with your peers is something that we get to watch in this play.” At WMU's Gilmore Theatre. 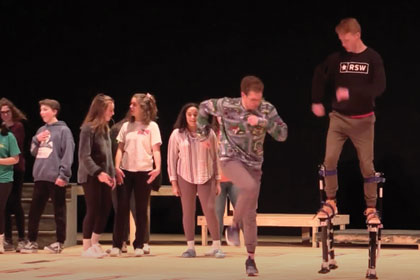 Portage Central High School Performing Arts will present the Broadway musical “Big Fish” from February 1- 10, 2019. Kalamazoo's Public Media Network produced a behind the scenes look at how the show is coming together. 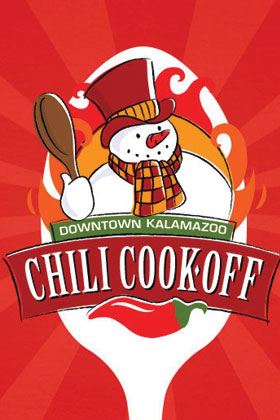 Upcoming events include the 14th annual Downtown Chili Cook-Off on Saturday, January 6, from 11am to 2pm. A map to all the chili tasting locations is provided, as well as chances to win prizes.

Chili lovers are invited to sample free chili in downtown Kalamazoo this weekend as more than 40 businesses put their recipes to the test in Kalamazoo’s 14th Annual Chill Cook-Off. The cook-off, put on by the Downtown Kalamazoo Retail and Restaurant Association, will return Saturday, Jan. 26, running from 11 a.m. to 2 p.m. Chili samples are available, while supplies last, at 42 different locations. 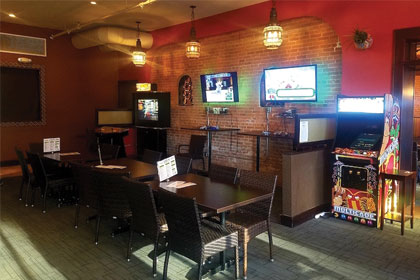 When it comes to gaming, something is always changing, and the latest trend has made it to downtown Kalamazoo. They call it a "barcade" - an opportunity to enjoy classic video games, while enjoying craft cocktails. Game enthusiast and Kalamazoo local, Amy Spalsbury opened the doors to LFG ( Liquor-Food-Gaming) Gaming Bar in Kalamazoo on Nov. 16, 2018. Located at 116 Portage Street on the corner of Portage Road and West Michigan Avenue. The arcade bar now occupies the space that housed Mexican restaurant, Casa Bolero, which closed last winter after 8 years of business. 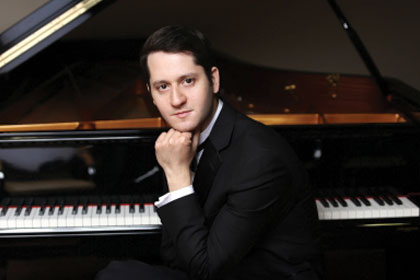 The Gilmore Keyboard Festival welcomed Russian piano virtuoso Nikita Mndoyants to the Wellspring Theater in Kalamazoo on Sunday evening for the third installment of its Rising Stars series. Rising Stars offers an opportunity to see small recitals from up-and-coming artists in the world of classical piano, and 29-year-old Mndoyants performed for a full house clearly eager to enjoy his talents in such an intimate setting. 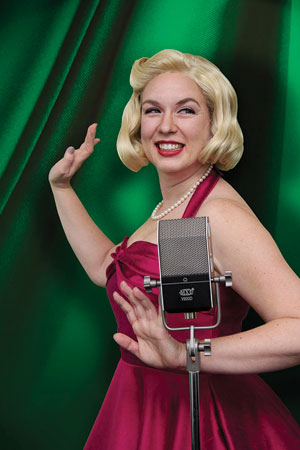 'Tenderly: The Rosemary Clooney Musical' Will Remind You Why She's A Star

The Kalamazoo Civic Theatre presents the Southwest Michigan premiere of Tenderly: The Rosemary Clooney Musical at the Parrish Theatre Jan 11-27. It's an intimate, two-person show that traces the highs, lows, and highs of the popular singer's life and career. Mary Teutsch, who plays Rosemary Clooney, says she studied Clooney's career by reading her autobiography and studying her performances on film. Her foil is Hal Hobson-Morse, whose multiple roles call for transformations from Clooney's psychotherapist, to her mother, to Bing Crosby, Frank Sinatra and her ex-husbands, among other characters. 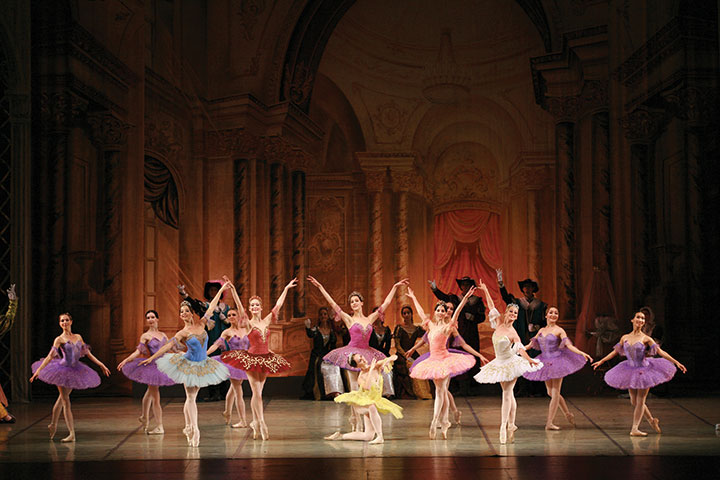