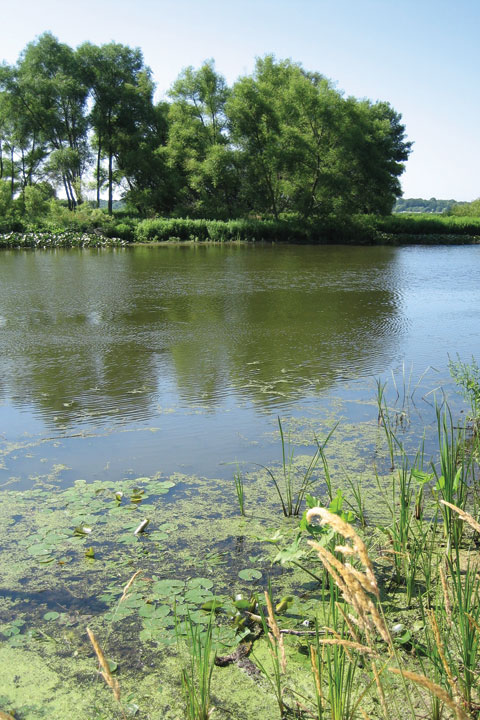 Keep up with the latest PFAS contamination news and dig into the scientific and political backstory using the links below. Many areas of Michigan are contaminated, including Kalamazoo County. The chemicals pose multiple health risks and will remain in the environment for generations. 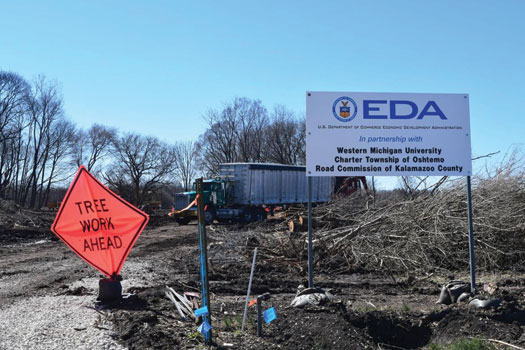 WMU responds to concerns and questions about new development

The cutting and burning of trees near Aslyum Lake, to make way for a new WMU business park, surprised and alarmed some residents. Bob Miller, associate vice president for community outreach, answered questions about the burning, how much open and wooded land will be preserved, and what measures were taken to protect wildlife on the site.

Before pumping can begin, a filtration system to prevent any invasive species from crossing into Bass Lake must be installed. The filter is required by a Michigan Department of Environmental Quality permit that allows water from Crooked Lake and Eagle Lake, which have seen high water levels creep onto lakefront properties in recent months, to be pumped out to Bass Lake, the west fork of Portage Creek, Atwater Mill Pond and surrounding wetlands. The filter is in production in Israel, township officials said, with an estimated completion date of May 20. Officials said they hope to begin pumping water no later than early June. Floodwaters encroaching on hundreds of properties have pushed 10 families out of their homes, so far.

Kalamazoo Public Services Director James Baker has met with residents in Cooper Township and Richland to discuss city water connections as a solution to PFAS-contaminated well water in those areas. The city previously took over supplying water to Parchment, due to PFAS well contamination there. Baker said the project would provide 546 properties in Cooper Township the option to connect to city water if funding is approved and the project moves forward (WWMT). In Richland, 37 homes are impacted by the PFAS contamination released by Production Plated Plastics years ago (WKZO). 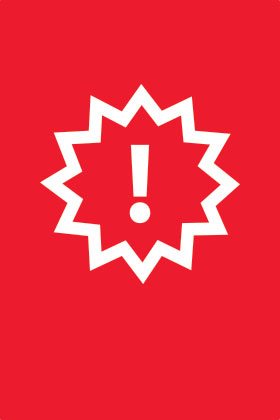 As you spring clean, put hazardous waste in the right place

This time of year, the City of Kalamazoo is eager to remind everyone that many kinds of household waste should not go into your residential trash cans. These hazardous materials include a very wide range of items found in homes – from the oils, paints, and batteries you'd expect, to beauty aids, home electronics, and kitchen products you might not. The three links below provide an overview of Kalamazoo's drop-off hazardous waste services, list what they DO accept, and provide guidance on where to take hazardous materials that they do not accept.

Soil testing started from 38 separate areas in Allegan County and Northwest Kalamazoo County for traces of dioxins, furans and PFAS. The Michigan Department of Environmental Quality collected soil samples from areas where paper sludge and fly ash, a hazardous waste powder resulting from burning coal, were disposed from the Otsego paper mill by the Menasha Corporation. Soil testing was also being done on areas where black liquor, a byproduct from wood pulp that is toxic to aquatic species, was used for dust suppression on some Allegan County roads. 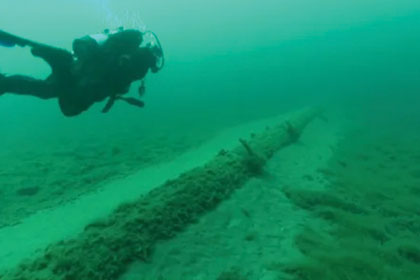 A steel products manufacturer is seeking a change in Kalamazoo County’s sanitary code to prevent the use of groundwater near its Kalamazoo Township facility. An existing contamination plume of vinyl chloride caused from historic releases of material has migrated off property owned by Borroughs Corporation at 3002 N Burdick St. The Kalamazoo County Board of Commissioners will consider creating a groundwater use restriction zone around nine parcels in the area to block the use of groundwater wells. Borroughs Corp. said the company has spent around $5 million to clean up contamination in conjunction with the Michigan DEQ. 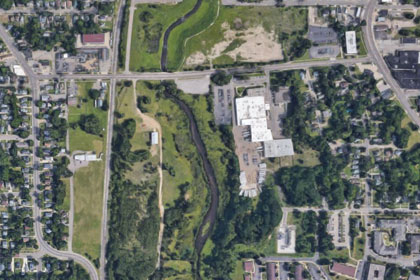 U.S. Environmental Protection Agency is currently accepting public comments on its proposed settlement with the City of Kalamazoo and the Kalamazoo Brownfield Redevelopment Authority regarding the Panelyte Property, located at 2403 S. Burdick. The property is adjacent to the Allied Paper Landfill portion of the Allied Paper/Portage Creek/Kalamazoo River Superfund site. Portions of the Panelyte Property are contaminated by waste from Allied Landfill. Click through to view the settlement agreement and to comment on it (by March 28). 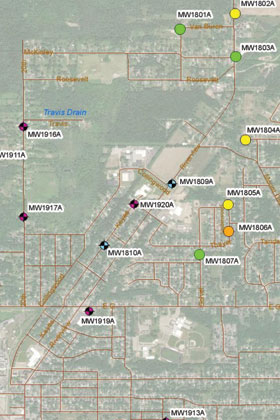 The Michigan Department of Environmental Quality (MDEQ) reports that Phase 1 testing of 15 water samples from 10 well locations (some from multiple depths) indicates that all wells but one tested significantly below the 70 part per trillion (ppt) for PFOA & PFOS. Most of these well locations are located around the outer edge of the study area and were installed in an effort to help delineate the extent of current PFAS contamination. 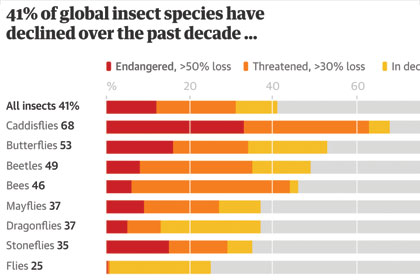 Guardian UK: Insects could vanish within a century at current rate of decline, says global review. The world’s insects are hurtling down the path to extinction, threatening a “catastrophic collapse of nature’s ecosystems”, according to the first global scientific review. The main cause is the intensification of human agriculture. The rate of extinction is eight times faster than that of mammals, birds and reptiles. One of the biggest impacts will be the starvation of birds, reptiles, amphibians and fish that eat insects. The planet is at the start of the sixth mass extinction in its history, with huge losses already reported in larger animals that are easier to study. 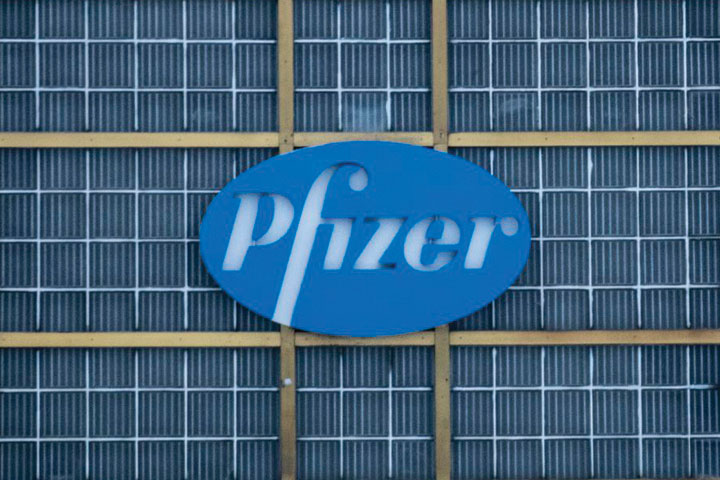 MLIVE: Human error caused almost seven times greater than the city’s standard for methylene chloride to be released from Pfizer facility at 7000 Portage Road into Kalamazoo’s water treatment plant on Nov. 1, 2018. The toxic chemicals made it more difficult to treat ammonia at the wastewater plant for five days and entered the Kalamazoo River, prompting action from the Michigan Department of Environmental Quality. According to the U.S. Environmental Protection Agency, short-term exposures through the air or skin contact can result in harm to the central nervous system and even death.

WMU: Earth's average temperature is rising at least 10 times faster than at any period in the last 800,000 years, reports a Western Michigan University biologist who researches global change ecology. Dr. David Karowe says if warming is left unchecked, Michigan and other states around the Great Lakes won't feel like home in a few generations. By century's end, he notes, at least half of Michigan's iconic trout, salmon, white pines and sugar maples will probably die off. Meanwhile, the state's infamous lake-effect snow will be rare, making for mostly rainy winters. 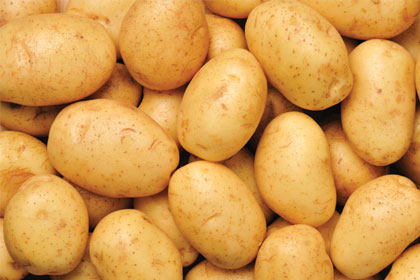 CAPITAL NEWS SERVICE: Michigan is the nation’s largest grower of potatoes for chips – about one in four bags sold in the U.S. is made from Michigan potatoes. Can climate change jeopardize the state’s dominance? Maybe, a new study warns. That’s because warming temperatures will require more ventilation and refrigeration – and thus higher energy bills. Potatoes account for 6 percent of the state’s food processing and agricultural economy, with a $554 million statewide impact from sales and jobs in 2014.

WBUR: The recent deep freeze in the Midwest put the lives of millions of people at risk. It was also bad news for an invasive species that's been wiping out ash trees across the upper Midwest: the emerald ash borer. Since the discovery of emerald ash borers in the U.S. in 2002, its larvae has destroyed tens of millions of ash trees. The emerald ash borer has been thriving in the upper Midwest thanks to warm temperatures. But the subzero temperatures that hit the region may have killed a swath of the beetles' larvae.