KPS's Michael Rice now one of 3 finalists for state superintendent

Michael Rice is still in the running for Michigan’s next superintendent of education. The State Board of Education interviewed five semi-finalists on Monday and Wednesday, April 22 and 24, before selecting three finalists to return for a second interview on May 7. At that point, the board will decide who it wants to be Michigan’s next state superintendent. Rice made the case for himself in Lansing on the 24th, and excerpts from that interview are included at the link below. He has been superintendent of KPS for 12 years. 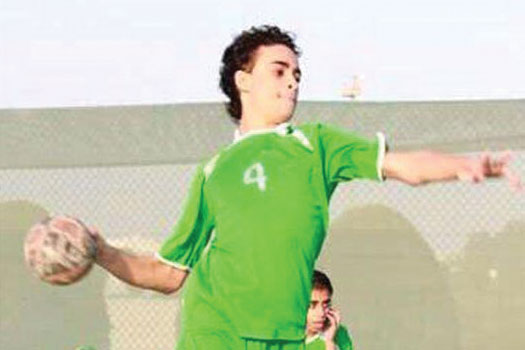 A Saudi Arabian man was set to attend Western Michigan University in 2012, when he was detained by the government. On Tuesday, April 23, he was beheaded by the Saudi government, according to the Saudi Press Agency. Mujtaba al-Sweikat was 17 when he was detained at the King Fahd International Airport in 2012 for allegedly participating in a pro-democracy rally.  WMU Political Science professor Jim Butterfield said executions may mean that the royal family is concerned that their hold on Saudi society is more tenuous than it would like. 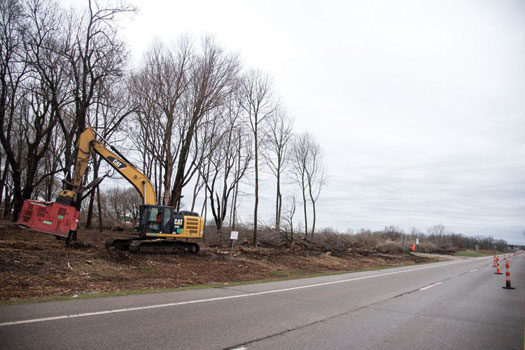 The expansion of the Western Michigan University business park is underway as crews work to remove trees and prepare the construction site. Site preparation on the second phase of the Business, Technology and Research Park is already underway, university spokesperson Paula Davis said Friday, April 12. The location, formerly Colony Farm Orchard, was deeded to the university in 1977, but included a restriction limiting its use to public park and recreation uses. The university announced plans in October 2017 that would reduce environmental impact, including designated green space and a buffer zone between a portion of Asylum Lake Preserve and the development. 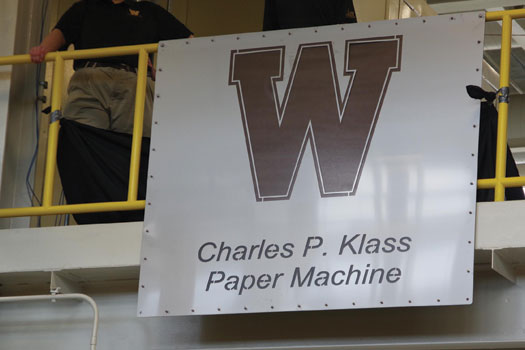 WWMT: Western Michigan University unveiled a new paper manufacturing machine that is the only one of its kind in North America. The machine, moved and donated from the U.S. National Institute of Science and Technology, enables the university to test and develop two-ply paper used in a wider variety of products. The university's operation provides an outlet for companies to test new paper types, fibers, chemistries and equipment on a smaller scale, without having to interrupt their own production lines. WMUK spoke with WMU graduate, Chuck Klass, in whose honor the machine was named. 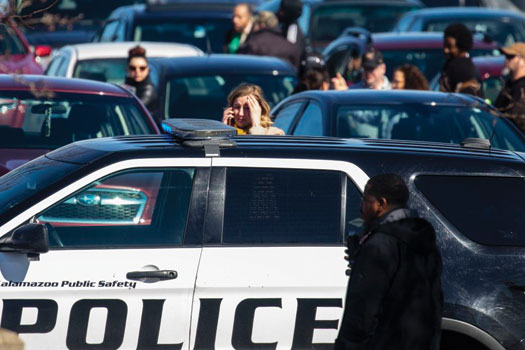 Police officers were justified in using deadly force during a fatal shootout with a gunman in Kalamazoo, the Kalamazoo County Prosecutor’s Office has announced. Prosecuting Attorney Jeff Getting announced the findings during a news conference on the afternoon of Tuesday, April 16, at his office at 227 W. Michigan Avenue in Kalamazoo. No charges will be filed related to the incident, Getting said. Brandon Stacey, 31, was shot and killed in an exchange of gunfire with Kalamazoo Department of Public Safety officers on Tuesday, March 12.

A former employee of the Diocese of Kalamazoo may be fraudulently representing themselves to accept financial compensation for facilitating immigration services, diocesan officials warn. Diocesan officials are working with the Kalamazoo Department of Public Safety to investigate possible fraud and identify anyone who may have paid for immigration services they did not receive, according to a Diocese of Kalamazoo news release sent Thursday, April 18. 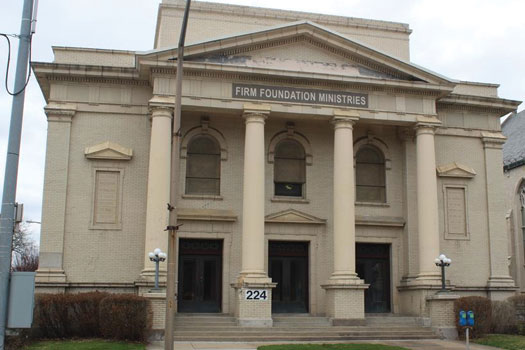 In the wake of the city's decision not to pursue historic district status for Bronson Park and its perimeter buildings, citizens have drawn attention to another vacant church that is at risk of demolition. Kalamazoo Institute of Arts has owned and maintained the First Church of Christ, Scientist on the corner of South and Park streets since 2006. They have expressed an interest in replacing the structure with a sculpture garden.

Texas Township officials say illegal sump pump connections to Kalamazoo’s sewer system have put two city sewer lift stations in “imminent danger” of being overwhelmed. Residents are using pumps to combat flooding that has gone on for nearly a year. The township says the backup pump and auxiliary pumps at the sewer lift stations on Treasure Island Drive and DNR drive have been working non-stop to keep up with the flow. If any of the equipment malfunctions, raw sewage could flow into connected homes and possibly into Eagle Lake. 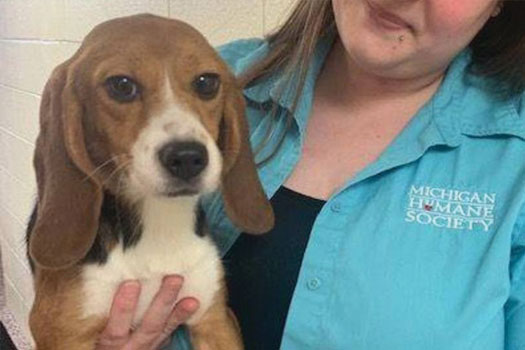 Thirty-two beagles that were saved from a Mattawan animal testing lab where they were force-fed pesticides are now ready for new homes – and will likely have no trouble being adopted. Just an hour after the Michigan Humane Society announced it was opening the adoption process for the dogs Friday evening, it received nearly 400 applications. The release of the dogs came after the Humane Society posted a video showing beagles being force-fed pesticides at Charles River Laboratories in Mattawan, Michigan. 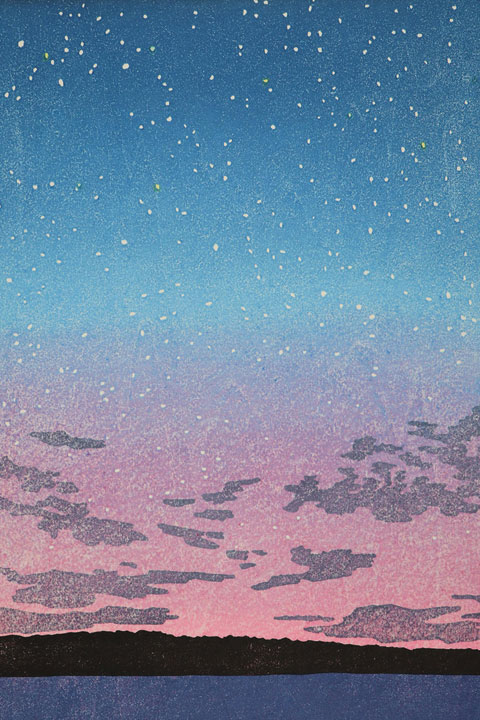 The strangest news this week was a police alert to watch out for escaped cows (link). Tragedy struck in a historic home on Academy Street, where a fire killed two (link). KDPS shot and killed a parole absconder who nearly ran down two officers days earlier (link). A Portage man was charged with the 2018 murder of a Kalamazoo resident (link). And an earlier fatal fire on the Eastside is now considered a homicide (link). That’s the sensational news of the week. See below for nearly everything else. Peaceful image by Mary Brodbeck, who was featured on WMUK this week. 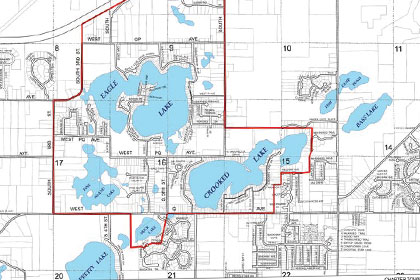 A plan to pump water out of two flooding lakes southwest of Kalamazoo has been approved and a timetable is in place. The Michigan Department of Environmental Quality issued a permit for the pumping on Crooked and Eagle lakes, Texas Township announced Friday. Officials estimate it will be late May before pumping begins. The lake levels have been rising for more than a year, leading to flooding in surrounding homes. The lake doesn't have a natural outlet, so residents wanted to start pumping the water out and into nearby Bass Lake. The process was slowed by environmental concerns and worries about properties downstream. 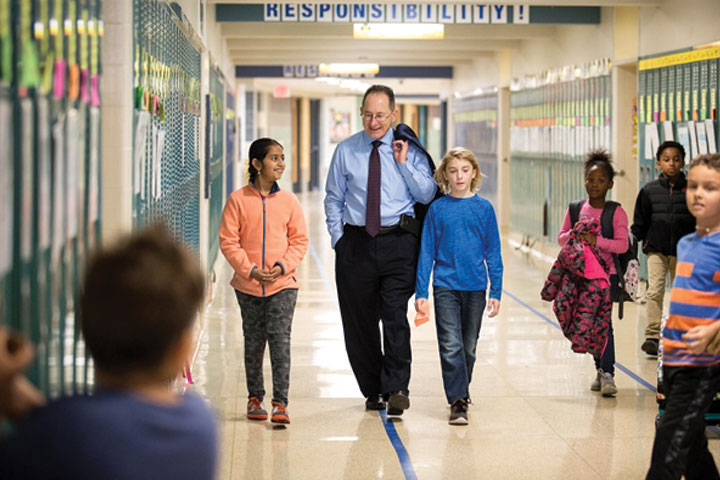 The State Board of Education named five finalists to interview for the state superintendent position, including Michael Rice from Kalamazoo, the board said in a special meeting Friday, April 5. The position oversees the Michigan Department of Education. The opportunity is an “honor," Rice said in a statement emailed to MLive. “It is an honor to be able to share thoughts with the State Board of Education about how to continue to improve public education for Michigan school children," he said. 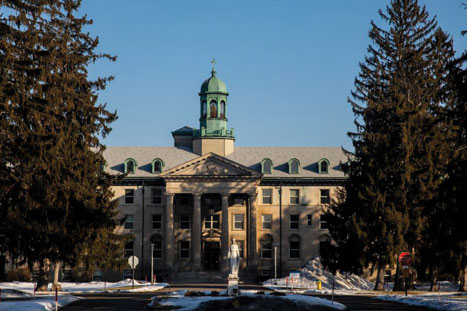 By a 4-3 vote, the Kalamazoo City Commission halted the Historic Preservation Commission's effort to obtain Historic District status for Bronson Park and the Nazareth College site. This decision is expected to lead to the demolition of a derelict downtown church and the decontruction of the Sisters of St. Joseph Mother House. Many spoke at the meeting,  pitting historic preservation against the financial burdens potentially faced by the owners of the properties. The Sisters said that it currently costs $80,000 per month to maintain the Mother House. 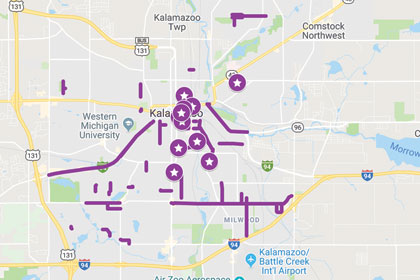 The City has created an interactive map that displays information about all upcoming City and Consumers Energy construction projects related to roads, sidewalks, utility digs, etc. MLive has created an article that includes the interactive map, coverage of each major project, and complete video of the County and Consumers talking through all the projects at a public presentation.