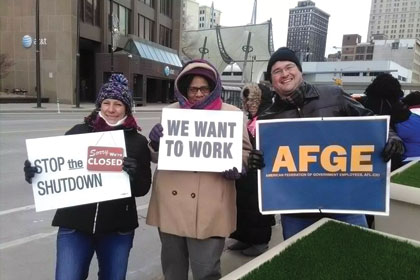 More than 5,200 federal workers in Michigan are going without pay during the longest shutdown in U.S. history. The number is 800,000 nationwide. U.S. Sens. Gary Peters (D-MI.), ranking member of the Senate Homeland Security and Governmental Affairs Committee, and Maria Cantwell (D-Wa.), ranking member of the Senate Commerce, Science and Transportation Committee, sent a letter to the Transportation Security Administration (TSA) raising their concerns over possible security and travel issues due to staffing shortages. 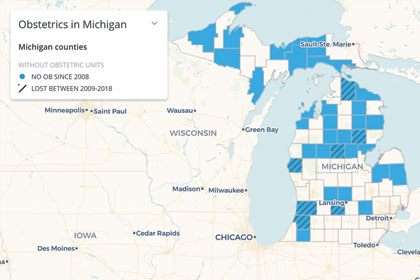 Pregnant in rural Michigan? Fill up your gas tank for delivery day.

Two more rural Michigan hospitals shuttered their obstetrics units in 2018. That makes 11 such closures in the past decade. Bridge provides a map showing the state's obstetrics deserts. Residents in more than 30 counties now have to go elsewhere for hospital baby deliveries. “We know that people if they have to travel more, especially if it’s a high-risk pregnancy, it’s going to increase maternal mortality and infant mortality,” said Marianne Udow-Phillips, executive director of the Center for Healthcare Research & Transformation at the University of Michigan. 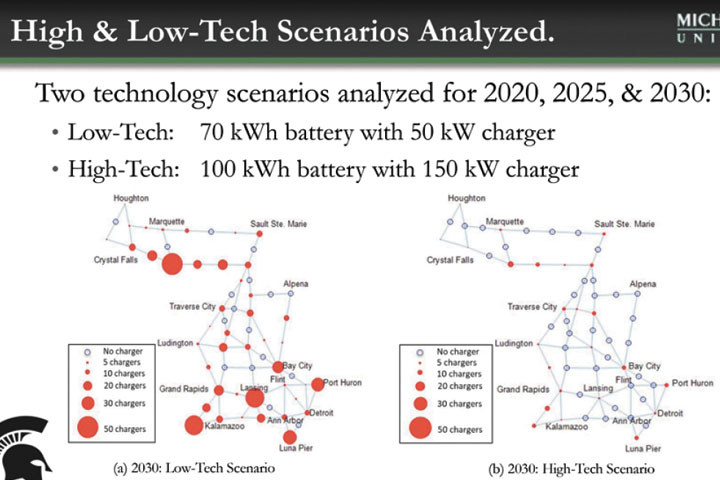 For about $21 million, Michigan can build a statewide network of electric vehicle fast-charging stations to meet anticipated demand by 2030. That’s according to a study released last month by the Michigan Agency for Energy. The report maps out an optimal charging network from Kalamazoo and Ann Arbor to Houghton in the Upper Peninsula, which officials say is a key step in alleviating range anxiety among drivers and avoiding investments in stranded assets.

Six things to know about the federal government shutdown in Michigan

Michigan is okay, for now, as a federal government shutdown drags on, according to state budget officials. But they caution a continuation beyond early February could have “devastating effects” on state agencies and budgets.

Among their concerns are federal food and housing programs that assist lower-income residents and families, funding of tribal governments and the impact on local economies where federal workers live. Other headaches for the state include emissions testing for the auto industry and environmental monitoring and weather forecasting in the Great Lakes.

According to a recent study released by Lvl5, a team of former Tesla engineers that creates HD maps for self-driving cars, Michigan has the worst roads in the United States. To reach that conclusion, the company captured more than 15 million photographs captured by the iPhone dash cam app, “Payver.” Five million miles of U.S. roads were measured based on four distinct areas: road paint fading, pavement cracking, potholes, and surface flatness.

Michigan makes it easy for families to homeschool, creating risks

Michigan is one of 11 states that does not require parents who are homeschooling their children to have any contact with state or local education officials. While many homeschool advocates believe that fewer state regulations give parents the freedom to develop a learning environment that works best for their children, some groups are drawing attention to the potential for abuse in that system. 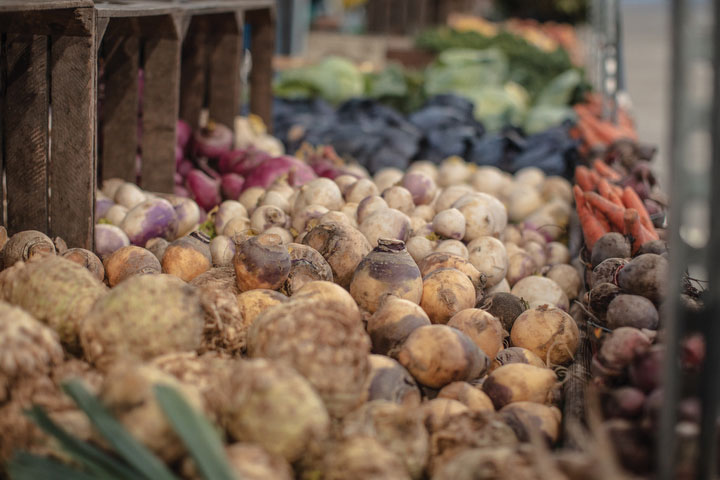 Within Michigan’s income-challenged neighborhoods, especially those where people of color live, researchers have found that a lack of access to nutrient-rich foods has caused an epidemic of obesity, diabetes, amputations, heart disease, behavioral issues, and death. This shared experience of food insecurity is not about people making bad diet choices.

Lack of access to good transportation options continues to be a barrier to health equity for many Michigan residents. Various programs around the state are trying to address this social determinant of health. Although their efforts are uncoordinated, these programs address the issue either by transporting people to healthcare or by bringing services and goods to those who lack transportation. 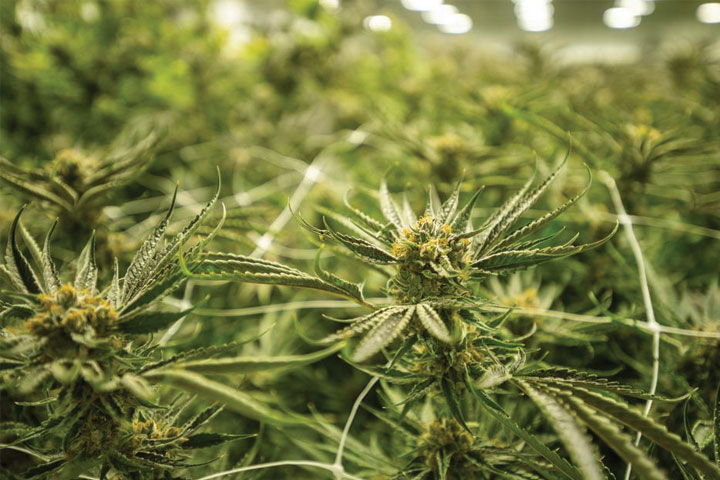 At least 80 Michigan communities have banned or are moving to ban recreational marijuana retail stores and related businesses. It’s a swift response from local governments in the month and a half since voters chose to legalize marijuana in Michigan. The Michigan Regulation and Taxation of Marihuana Act took effect Dec. 6.

Census estimates show the state with 9,995,915 people, just short of the 10 million folks it last had in 2007 before population declines fueled by the Great Recession sparked a mini exodus. But since the losses stopped just after 2010, Michigan's population growth has been slow but steady, adding just over 19,000 people in 2018. That's still likely not enough to avoid losing a congressional seat after the 2020 Census, dropping its delegation to 13. In 1980, the state had 19 members of Congress.

Nearly $4.5 million in federal funding will be provided to 72 Michigan school districts to increase academic performance. Districts plan to use this money to address large scale problems regarding teacher retention and the recruitment and hiring of new teachers, said David Crim, a communication consultant for the Michigan Education Association, the state’s largest union of school personnel. “There is a historic number of teachers leaving the profession in the first five years and teaching colleges and universities across the state are producing 50 percent less graduates than 10 years ago,” Crim said.

Michigan to continue growing, but at slower rate in 2019

Michigan will maintain job growth through 2019, although at a slower rate than the past several years as employers have fewer people to hire. That prediction comes from economists at the University of Michigan who expect the state next year to tie and exceed a record for its longest period of job growth.